The names Hatfield and McCoy are synonymous with feuding clans that dates back to the time of the Civil War. It was believed that the McCoys were Unionists and the Hatfields were Confederates with obvious opposing views. These American Appalachian mountaineer families carried on a legendary feud that has made its place history so much so that whenever there is a conflict, even in today’s society, the names are still mentioned.

What Should I do If I am Involved in a Conflict?

Solving conflicts may not be the easiest situation to deal with but there are usually guidelines that your homeowners association (HOA) can follow in order to resolve the conflict before it becomes a Hatfield vs. McCoy situation.

After an event or dispute, the first thing that happens when one of the parties involved wants a conflict resolution is that one person must initiate the dispute resolution process to get the ball rolling. The process is probably laid out in the governing documents under what to do if you have a complaint or want to resolve a dispute. A written request will trigger the process. It is common for a member of the association and any owners involved in a dispute to be identified as the parties that will be actively participating in dispute resolution.

After the written request for a meeting, it is common that both parties come together to voice their concerns and their hopes to find a remedy to the situation. The location of the discussion is usually a quiet, neutral location where issues can be talked about at length and with the governing rules in mind. The ultimate hope is that the two parties will come to an agreement and resolve the issue or issues during the meeting.

What if a Resolution is Not Found? 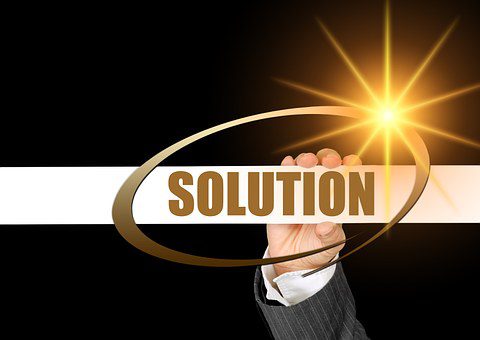 If the meeting does not seem to solve the issue, then usually a third party will be requested to mediate the conflict. The third party must be neutral and able to present a resolution that takes the concerns of both sides into consideration. This resolution will be put into writing at the conclusion of the meeting.

This all sounds plain and simple, doesn’t it? Well, when emotions are involved nothing is so simple. That is why it is so important for HOAs to have a solid and experienced executive board that can come together and mediate these events. If you find that conflicts are not being met head-on in your community, then you may want to suggest a conflict resolution meeting or a mediator to resolve the situation.