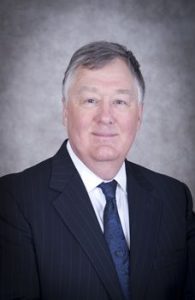 Doug received his license as a Massachusetts Real Estate Broker in 1978 (License # 103221) and his designation as a Certified Property Manager (CPM®) in 1985 (Key # 10174). In 1994 the Boston Metropolitan Chapter of the Institute of Real Estate Management honored him with the CPM® of the Year Award.

In 1993 Doug was elected to a three-year term on the Board of Selectmen in his hometown of Wakefield, where he lives with his wife Jane and son Mark. His daughter Candice, who joined Thayer & Associates in 2004, represents our fourth generation of professional real estate managers.